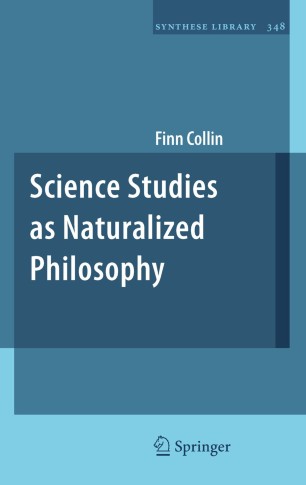 This book approaches its subject matter in a way that combines a strong analytical and critical perspective with a historical and sociological framework for the understanding of the emergence of Science Studies. This is a novelty, since extant literature on this topic tends either to narrate the history of the field, with little criticism, or to criticize Science Studies from a philosophical platform but with little interest in its historical and social context. The book provides a critical review of the most prominent figures in Science Studies (also known as Science and Technology Studies) and traces the historical roots of the discipline back to developments emerging after World War II. It also presents it as an heir to a long trend in Western thought towards the naturalization of philosophy, where a priori modes of thought are replaced by empirical ones. Finally, it points to ways for Science Studies to proceed in the future. "With this book, Finn Collin has established himself as the leading constructive philosophical critic of Science and Technology Studies. Science Studies as Naturalized Philosophy will likely be the key point of reference for any further writing on the topic for years to come." Steve Fuller, Professor of Sociology, University of Warwick, United Kingdom

"Given the fast-moving and often controversial developments that have taken place in Science and Technology Studies (STS) over the past thirty years, it is easy to forget that the field originally aspired to be a version of naturalised epistemology. Finn Collin argues that this is still the best way to understand the field's leading figures and their often confusing twists and turns in position. Collin approaches the subject as a very informed, sympathetic yet ultimately critical reader of STS from the standpoint of analytic philosophy. The result is the most sophisticated and comprehensive presentation of STS as a philosophical work in progress that has yet to be written. It will likely be the key point of reference for any further writing on this topic for years to come."
Steven Fuller, Professor of Sociology, University of Warwick, United Kingdom

"Drawing from experience, writing about the philosophical dimensions of STS theorists can be difficult. Selecting which figures are interesting enough to stand in as proxies for a diverse field while clarifying the philosophical dimensions of their collective thinking within the parameters of an intellectually rich, unified theme—here, naturalism—is downright challenging. Accomplishing both goals without lapsing into esoteric jargon that will delight a small cohort of readers but ultimately alienate a more generalized readership is practically impossible. I’m delighted to report that Prof. Collin succeeds in accomplishing all of these goals, and does so admirably—better than anyone else I’ve encountered in the secondary literature."
Evan Selinger, Associate Professor of Philosophy, Rochester Institute of Technology, U.S.A.
Buy options