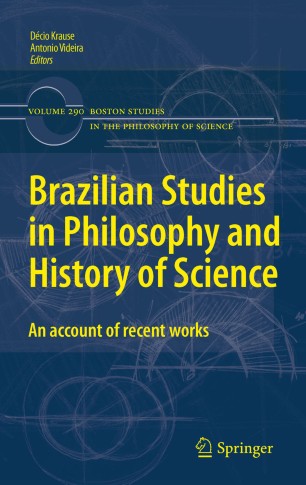 Brazilian Studies in Philosophy and History of Science

Part of the Boston Studies in the Philosophy of Science book series (BSPS, volume 290)

This volume in the Brazilian Studies in the Philososophy and History of Science is the first attempt to present to a general audience some works which have been done in Brazil on ths subject. The included papers are original, reaching a remarkable number of relevant topics of philosophy of science, logic and on the history of science. The Brazilian community has increased in the last years in quantity and in quality of the works, most of them being published in respectable international journals on the subject. There is an informal but general among the philosophers and historians of science that the works must be of high quality, and we hope this volume may contribute to widespread this idea. The chapters of this volume are forwarded by a general introduction, which aims at to sketch not only the contents of the chapters, but it is conceived as a historical and conceptual guide about the development of field, as developed in Brazil. The introduction intends to be be very useful to the interestes readers, and not only to the specialists helping them to evaluate the production of this country that it is raising up in the international context.