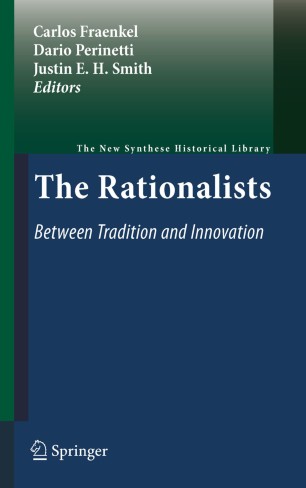 The Rationalists: Between Tradition and Innovation

This volume draws a balanced picture of the Rationalists by bringing their intellectual contexts, sources and full range of interests into sharper focus, without neglecting their core commitment to the epistemological doctrine that earned them their traditional label. The collection of original essays addresses topics ranging from theodicy and early modern music theory to Spinoza’s anti-humanism, often critically revising important aspects of the received picture of the Rationalists. Another important contribution of the volume is that it brings out aspects of Rationalist philosophers and their legacies that are not ordinarily associated with them, such as the project of a Cartesian ethics. Finally, a strong emphasis is placed on the connection of the Rationalists’ philosophy to their interests in empirical science, to their engagement in the political life of their era, and to the religious background of many of their philosophical commitments.