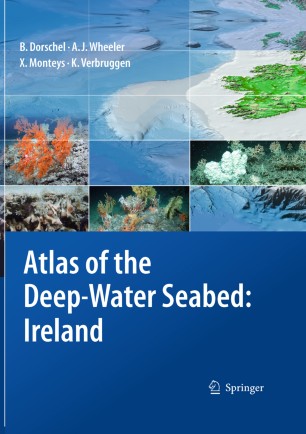 Atlas of the Deep-Water Seabed

Presented in an accessible, user-friendly format, this atlas sets out all the major features revealed during one of the largest ever deep-sea mapping campaigns. A unique insight into the morphology of the seabed along the continental margin of the North-East Atlantic, it reveals for the first time many features that have hitherto been hidden beneath the waves. It is organised both thematically and by region, with the sea floor and its biological hotspots – areas of high biodiversity such as seamounts – shown at a resolution not possible before. The atlas presents everything from submarine canyons to coral carbonate mounds, using digital terrain models generated from multibeam data and photographs taken from unmanned deep-water vehicles (ROVs).

The full-colour imagery includes digital three-dimensional seabed maps as well as the photographs, with concise text descriptions and topic boxes used to highlight and explain the geological, biological and hydrographical features, in addition to their importance and context in the deep-sea realm. Alongside the wealth of background information and topic boxes on special highlights, extensive on-line resources link the reader to full data sets and GIS locations, while suggestions for further reading point to ongoing research highlights. This is a fascinating resource that will be of use to anyone involved in off-shore and underwater activities, whether scientific or commercial.