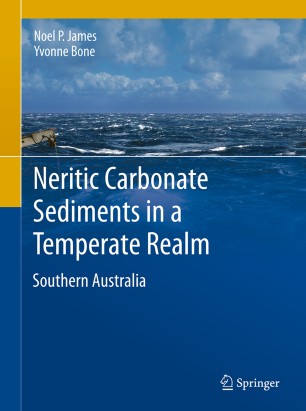 This book is the first comprehensive documentation and interpretation of modern neritic carbonate sediments on the southern Australian continental margin, the largest cool-water carbonate depositional system on the globe. The approach is classical but the information is new.  A brief chapter of introduction is followed by a section that describes the setting of the continental margin in terms of the regional geology, its evolution through time, the climate, and the complex oceanography. The setting is further explored in chapter 3 that outlines the Pleistocene history of sedimentation in this region. This is particularly important since many of the surficial sediments have a partial older history. The following section on the carbonate factory describes in detail the nature of the animals and plants that determine the nature of the sediments and the environmental conditions that control their distribution. The shelf itself cannot be discussed in isolation and thus a short chapter on the marginal marine environment is presented. The core of the book comprises two chapters that document the suite of depositional facies and their composition and then the suite of depositional environments where these sediments are found. The variety of deposits in this vast area is such that three chapters are devoted to the character of the materials on the southwestern shelf the south Australian sea and the southeastern shelf. The diagenesis that affects these sediments is tackled in a chapter after all the attributes are documented because they are intimately linked to different controls. The book finishes with a summary chapter that also addresses the various controls on sedimentation and models the effects to be expected when these are changed outside those present in the current realm.

Audience: The book is an invaluable source of information about this vast region and will be a critical reference for researchers, graduate students, and professionals engaged in marine and environmental research. It will be of particular importance for geologists interpreting the ancient rock record.