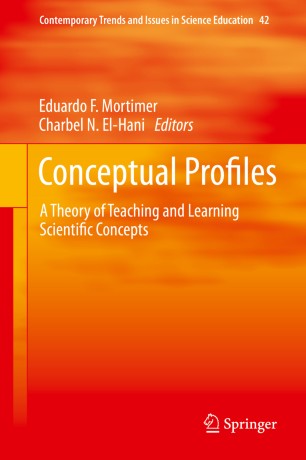 A Theory of Teaching and Learning Scientific Concepts

The language of science has many words and phrases whose meaning either changes in differing contexts or alters to reflect developments in a given discipline. This book presents the authors’ theories on using ‘conceptual profiles’ to make the teaching of context-dependent meanings more effective. Developed over two decades, their theory begins with a recognition of the coexistence in the students’ discourse of those alternative meanings, even in the case of scientific concepts such as molecule, where the dissonance between the classical and modern views of the same phenomenon is an accepted norm.

What began as an alternative model of conceptual change has evolved to incorporate a sociocultural approach, by drawing on ideas such as situated cognition and Vygotsky’s influential concept of culturally located learning. Also informed by pragmatist philosophy, the approach has grown into a well-rounded theory of teaching and learning scientific concepts. The authors have taken the opportunity in this book to develop their ideas further, anticipate and respond to criticisms—that of relativism, for example—and explain how their theory can be applied to analyze the teaching of core concepts in science such as heat and temperature, life and biological adaptation. They also report on the implementation of a research program that correlates the responsiveness of their methodology to all the main developments in the field of science education. This additional material will inform academic discussion, review, and further enhancement of their theory and research model.

“Conceptual Profiles: A Theory of Teaching and Learning Scientific Concepts … features a collection of chapters largely drawing from their work and that of colleagues from the collective research program. The chapters examine the state of conceptual learning in different science contexts. … This book may appeal to a variety of audiences. The primary audience is educational researchers interested in science learning. … the studies are thoughtful and well worth a read.” (Gregory J. Kelly, International History, Philosophy and Science Teaching Group IHPST Newsletter, July, 2014)
Buy options