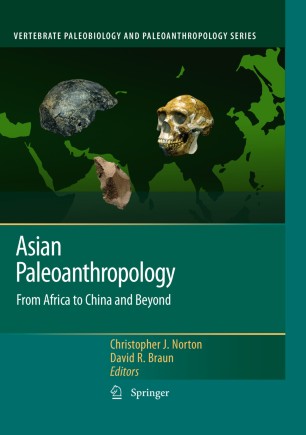 From Africa to China and Beyond

This volume brings together a group of authors that address the question of the first out of Africa into Asia c. 2 Ma. The scope of the book is comprehensive as it covers almost every major region of Asia. The primary goal of this volume is to provide an updated synthesis of the current state of the Asian paleoanthropological and paleoenvironmental records. Papers include detailed studies of the theoretical constructs underlying the move out of Africa, including detailed reconstructions of the paleoenvironment and possible migration routes. Other papers detail the Plio-Pleistocene archaeological and hominin fossil records of particular regions.

Christopher Norton has spent the past eighteen years conducting paleoanthropological research in China, Korea, and Japan. Of those eighteen years, Norton has spent more than eight years actually living in those respective countries learning not only the paleoanthropology, but the cultures and languages as well. This has allowed Norton to develop a broader, regional scope for his research. This has facilitated his previous research and was the primary impetus for proposing this comprehensive synthesis of the current state of research in Asian paleoanthropology. The co-editor, David Braun, works primarily in Africa. However, we both agreed that comparative research between Africa and Asia was critical to fully comprehending both regional records. This was the primary reason why we co-organized a symposium on Asian Paleoanthropology at the AAPA meeting in March 2007, which forms the foundation for this edited volume. Most of the presentations from that conference are chapters in this book.