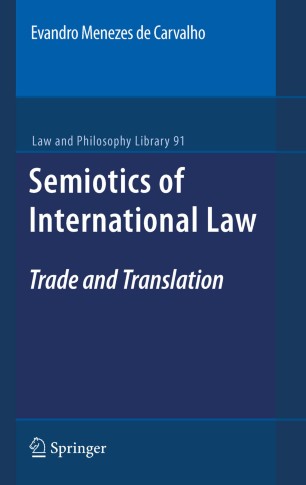 Language carries more than meanings; language conveys a means of conceiving the world. In this sense, national legal systems expressed through national languages organize the Law based on their own understanding of reality. International Law becomes, in this context, the meeting point where different legal cultures and different views of world intersect.   The diversity of languages and legal systems can enrich the possibilities of understanding and developing international law, but it can also represent an instability and unsafety factor to the international scenario. This multilegal-system and multilingual scenario adds to the complexity of international law and poses new challenges. One of them is legal translation, which is a field of knowledge and professional skill that has not been the subject of theoretical thinking on the part of legal scholars. How to negotiate, draft or interpret an international treaty that mirrors what the parties, – who belong to different legal cultures and who, on many occasions, speak different mother tongues – , want or wanted to say?   By analyzing the decision-making process and the legal discourse adopted by the WTO’s Appellate Body, this book highlights the active role of language in diplomatic negotiations and in interpreting international law. In addition, it also shows that the debate on the effectiveness and legitimacy of International Law cannot be separated from the linguistic issue.   “Studies as Evandro Menezes de Carvalho’s are essential to those who wish to work in the field of International Trade Law, not only because they can be directly applied to a semiotic analysis of the reports of the Appellate Body, but also because of how much they represent as a method of research and thought within the other areas of International Trade Law. For this reason, I highly recommend this book as a necessary tool to those working in International Trade Law.”   Luiz Olavo Baptista Former member of the WTO Appellate Body (2001-2009)