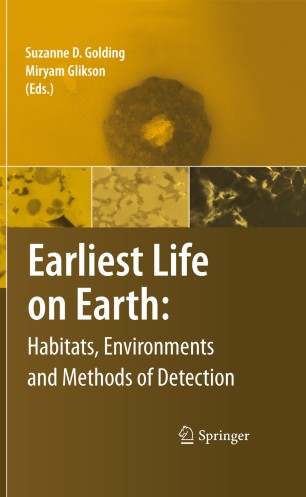 Earliest Life on Earth: Habitats, Environments and Methods of Detection

This volume integrates the latest findings on earliest life forms, identified and characterised in some of the oldest rocks on Earth. New material from prominent researchers in the field is presented and evaluated in the context of previous work. Emphasis is placed on the integration of analytical methods with observational techniques and experimental simulations. The opening section focuses on submarine hot springs that the majority of researchers postulates served as the cradle of life on Earth. In subsequent sections, evidence for life in strongly metamorphosed rocks such as those in Greenland is evaluated and early ecosystems identified in the well preserved Barberton and Pilbara successions in Southern Africa and Western Australia. The final section includes a number of contributions from authors with alternate perspectives on the evidence and record of early life on Earth.

Audience
This volume will be valuable to researchers and graduate students in biogeosciences, geochemistry, paleontology and geology interested in the origin of life on earth.