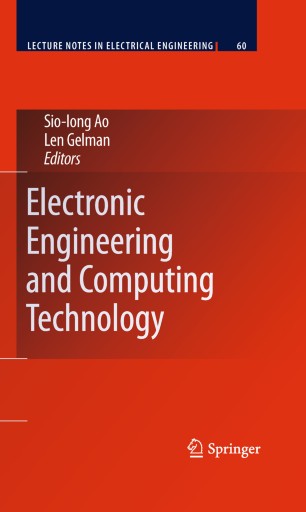 A large international conference in Electronic Engineering and Computing Technology was just held in London, July 1-3, 2009, under the World Congress on Engineering (WCE 2009). The WCE 2009 is organized by the International Association of Engineers (IAENG), with congress details available at: http://www.iaeng.org/WCE2009. IAENG is a non-profit international association for the engineers and the computer scientists, which was found originally in 1968. There have been more than eight hundred manuscript submissions for the WCE 2009.

The University of Hong Kong: Doctor of Philosophy (Mathematics)

He is a Fellow of the British Institute of Non-Destructive Testing (BINDT) and UK Institution of Diagnostic Engineers, Chairman of the Condition Monitoring and Diagnostic Technology Committee of the BINDT and Director of the International Institute of Acoustics and Vibration (USA). He is the author of over200 publications (including 17 patents) and 11 keynote papers. He is editor-in-chief of the book series "Condition monitoring" (Coxmoor, UK), Chair of 2007 World Congress on Engineering Asset Management, Honorary Co-Chair of 2007 and 2008 World Congresses of Engineering and Chair of 2008 Condition Monitoring Conference. He has participated in the scientific boards of numerous international conferences, has spent a large amount of time lecturing and consulting to industry in all parts of the world and has held visiting professor positions at 5 overseas universities.