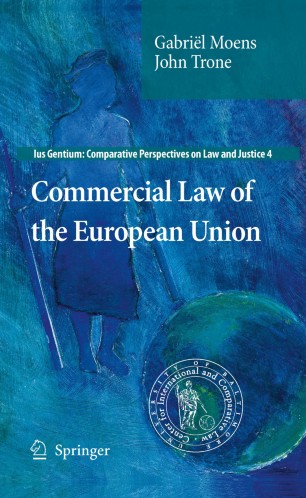 Commercial Law of the European Union

The volume of European Union legal acts relating to commercial law is staggering. This book provides a clear and concise overview of the vast bulk of European Union business law, giving extensive coverage to both legislation and the decisions of the Court of Justice. The text is fully up to date in the light of the Treaty of Lisbon. The book approaches European Union business law from the perspective of non-Member common law nations such as the United States, Australia and Canada. An Appendix contains model problem questions. Each chapter contains extensive references to other books, articles and websites for further reading.

“By collecting the material; organising it so skilfully; presenting it so clearly; and summarising it so succinctly, the authors have also worked a kind of miracle. Their efforts will be appreciated by legal practitioners, judges, scholars and teachers within and outside the EU because they have made the essence of EU commercial law available in a single book.”