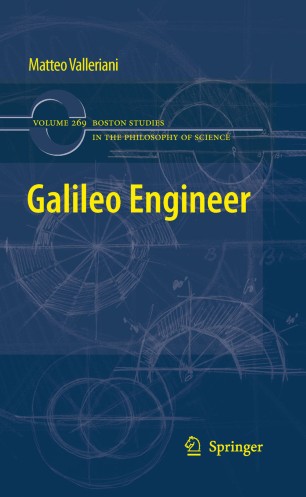 Part of the Boston Studies in the Philosophy of Science book series (BSPS, volume 269)

This work systematically investigates and reconstructs the practical knowledge Galileo shared during his lifetime.

Galileo shared many aspects of practical knowledge.These included the methods and experience of foremen and engineers active within various frameworks. Galileo did not always react to such scientific impulses in the same way. On the one hand, he not only shared practical knowledge, but also acted as an engineer, especially within the framework of the art of war at the end of the sixteenth century, and more so during the time he spent in Padua. On the other hand, his scientific achievements were largely based on and influenced by aspects of practical knowledge coming from particular disciplines and activities, without him ever becoming an expert in these disciplines.

Two case studies, the first concerned with Galileo's theory of the strength of materials and the second with his achievement of an atomistic heat doctrine, enable a focus on the early modern model of generation of new scientific knowledge based on the conflicting interaction between aspects of practical knowledge and Aristotelian theoretical assumptions.

“Valleriani’s Galileo Engineer is a valuable contribution to historians of Galileo and of early modern mechanics, as well as to scholars interested in recovering the practices of early modern artisans and engineers. Valleriani’s rich exposition and translated letters provide information not only about technical matters related to Galileo’s instruments and investigations but also about his interactions with craftsmen and merchants. The detailed analyses of Galileo’s working methods … will provide rich fodder for those interested in understanding the practices of early modern artisan-engineers.”­­­ (Renée J. Raphael, British Journal for the History of Science, Vol. 44 (4), December, 2011)
Buy options