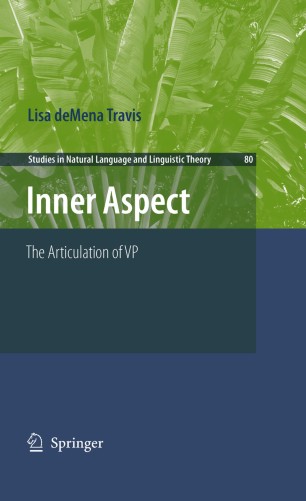 The Articulation of VP

This monograph probes the structure of the verb phrase through a cross-linguistic investigation of the syntax and morphology of relevant constructions. In particular, the author provides evidence for two event-related non-lexical projections called "inner aspect" and "event". The former is found within the verb phrase and encodes information on the endpoint of an event. The latter is found at the edge of the verb phrase and demarcates the boundary of a particular domain of syntax, L-syntax. Although languages vary in their use of these projections and in the way they encode the endpoints of events, the author argues that the comparison of a number of languages and the analysis of a range of constructions results in the emergence of a consistent picture.

While much of the discussion involves Austronesian languages such as Malagasy and Tagalog, other languages such as French, Spanish, Swedish, Scots Gaelic, Chinese, Japanese, Navajo, Slave, and Kalagan are discussed. Syntactic and morphological data from these languages are used to illuminate the details of the phrase structure of the verbal predicate. These data also aid in understanding how phrase structure is used to express certain facets of language, such as event structure, aspectual verb classes, productive and lexical causatives, derived objects, agents and causes, and coerced structures.