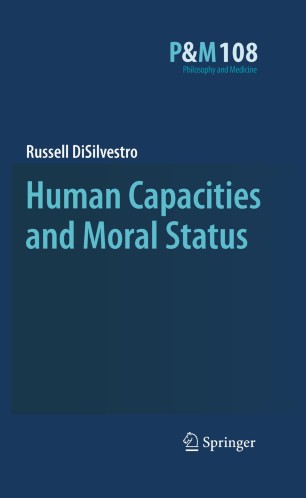 Part of the Philosophy and Medicine book series (PHME, volume 108)

Many debates about the moral status of things—for example, debates about the natural rights of human fetuses or nonhuman animals—eventually migrate towards a discussion of the capacities of the things in question—for example, their capacities to feel pain, think, or love. Yet the move towards capacities is often controversial: if a human’s capacities are the basis of its moral status, how could a human having lesser capacities than you and I have the same "serious" moral status as you and I? This book answers this question by arguing that if something is human, it has a set of typical human capacities; that if something has a set of typical human capacities, it has serious moral status; and thus all human beings have the same sort of serious moral status as you and I. Beginning from what our common intuitions tell us about situations involving "temporary incapacitation"—where a human organism has, then loses, then regains a certain capacity—this book argues for substantive conclusions regarding human fetuses and embryos, humans in a permanent vegetative state, humans suffering from brain diseases, and humans born with genetic disorders. Since these conclusions must have some impact on our ongoing moral and political debates about the proper treatment of such humans, this book will be useful to professionals and students in philosophy, bioethics, law, medicine, and public policy.