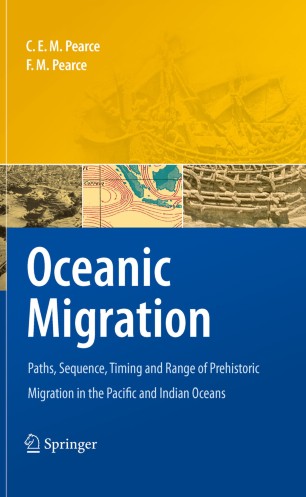 Paths, Sequence, Timing and Range of Prehistoric Migration in the Pacific and Indian Oceans

This book tracks the progress of the prehistoric influx of population into the Pacific region, the last set of migrations involved in peopling the planet that saw the colonization of islands stretching across a quarter of the globe: from Madagascar in the west to Easter Island in the east, from Hawaii in the North to New Zealand in the south.

The authors use science and mathematics to cast new light on this final human expansion. The book focuses on two undeveloped areas of research, showing how oceanography and global climate change determined the paths, sequence, timing and range of migrations.

Though the book has an oceanographic base and Pacific prehistory as its focus, it is interdisciplinary. It was a belief in the power of science to advance other disciplines that prompted its writing, and in the last decade genetic research has established Halmahera, the largest of the Spice Islands, rather than Taiwan as the ancient Polynesian homeland. Taking this as its starting point, the reader is led on a journey of discovery that takes in fields as diverse as oceanography, genetics, geology and vulcanology, ship hydrodynamics, global climate history and palaeodemography.

Charles Pearce holds the Thomas Elder Chair of Mathematics, University of Adelaide, Australia. He has been awarded the ANZIAM Medal and the Potts Medal for outstanding contributions to applied and industrial mathematics and to operations research. He is foundation Editor-in-Chief of the Australian and New Zealand Journal of Industrial and Applied Mathematics (ANZIAM Journal) and a member of the editorial boards of a number of international mathematical journals. He has over 300 research publications in the fields of optimization, convex analysis and the probabilistic modelling of physical and biological processes.

Frances Pearce, a writer, plant hybridizer and former lecturer from the University of Adelaide, has interests in the areas of prehistory, oceanography, genetics and climate history, particularly in the use of science to illuminate prehistory.