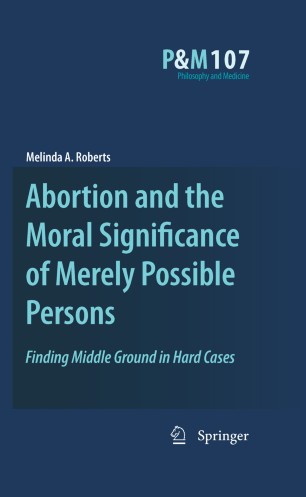 Abortion and the Moral Significance of Merely Possible Persons

Part of the Philosophy and Medicine book series (PHME, volume 107)

This book has two main goals. The first is to give an account, called Variabilism, of the moral significance of merely possible persons—persons who, relative to a particular circumstance, or possible future or world, could but in fact never do exist. The second is to use Variabilism to illuminate abortion.

According to Variabilism, merely possible persons—just like anyone else—matter morally but matter variably. Where we understand that a person incurs a loss whenever agents could have created more wellbeing for that person and instead create less, Variabilism asserts that the moral significance of any loss is a function of where that loss is incurred in relation to the person who incurs it. That is: a loss incurred at a world where the person who incurs that loss does or will exist has full more significance, according to Variabilism, while a loss incurred by that same person at a world where that person never exists at all has no moral significance whatsoever.

Some other views deem all merely possible persons and all of their losses to matter morally. Still other views deem no merely possible persons and none of their losses to matter morally. Variabilism, instead, takes a middle ground between these two extreme positions. It thus opens the door to a certain middle ground on procreative choice in general and abortion in particular. Thus, given that, for persons, thinking and coming into existence come together, Variabilism supports the argument that the early abortion is ordinarily permissible when it is what the woman wants. That is so, since the loss incurred when, as an effect of the early abortion, a given person is never brought into existence to begin with has no moral significance at all. In contrast, the late abortion is ordinarily subject to a different analysis. For the loss incurred in that case has full moral significance, according to Variabilism, since it is incurred at a world where the person who incurs it already exists.