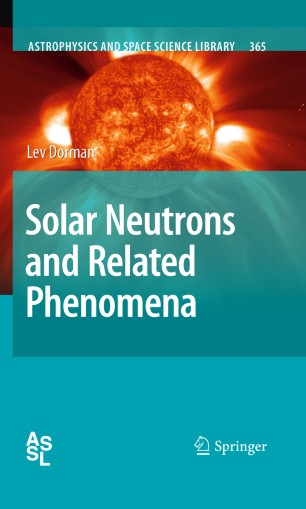 This book presents the first comprehensive compilation and review of the extensive body of experimental and theoretical material on solar neutrons and related phenomena published in the scientific literature over the last sixty years. Phenomena related to solar neutrons are more specifically:

Models and simulations of particle acceleration, interactions, and propagation processes show that observations of solar neutrons and gamma rays in space and in the Earth's atmosphere yield essential and unique information on the source function of energetic solar particles, as well as on the chemical composition and density distribution of plasma in the solar atmosphere. The results described in the book may also be useful for astrophysical studies of other stars and different astrophysical objects, as well as for space weather problems.

The book will serve as a reference work for researchers and students in solar physics, plasma, neutron, and gamma ray physics, as well as in cosmic ray physics, space science, geophysics and those researching space weather problems.

“This book represents an exhausting monograph on solar neutrons written by an expert who worked about these particles from the Sun since 1965. … The table of contents is a very detailed one, it covers 24 printed pages. … Many observations are given in tables and figures, the corresponding theoretical developments are given in many formulas, and subject index and reference list are carefully developed.”­­­ (Hans-Jürgen Schmidt, Zentralblatt MATH, Vol. 1196, 2010)