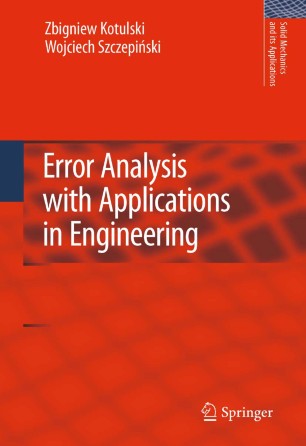 Error Analysis with Applications in Engineering

Part of the Solid Mechanics and Its Applications book series (SMIA, volume 169)

This book presents, in the simplest possible manner, those branches of error analysis which find direct applications in solving various problems in engineering.

This book has been written for readers whose main interests are applications of error calculus in various problems of engineering.

In all ten chapters much attention is paid to the practical significance of error analysis.