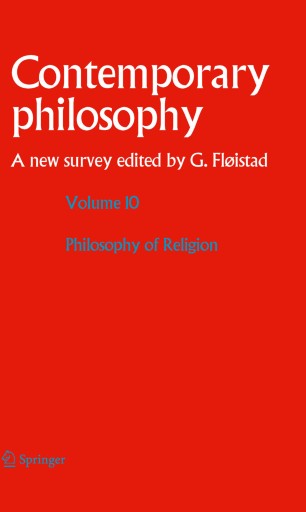 The present volume, a continuation of the series Contemporary Philosophy (International Institute of Philosophy), provides an international survey of significant trends in contemporary philosophy.

Volume 10: Philosophy of Religion contains seventeen surveys written in English, French and German, describing the variety of philosophical approaches to religion and the impact of the ongoing secularization process on religious beliefs. The articles reflect upon the major world religions of Buddhism, Christianity, Hinduism, Islam, Judaism, and African religions, but also on such topics as Mayas and Nahuas’ conception of man, theology and philosophy, and Christianity and philosophy.