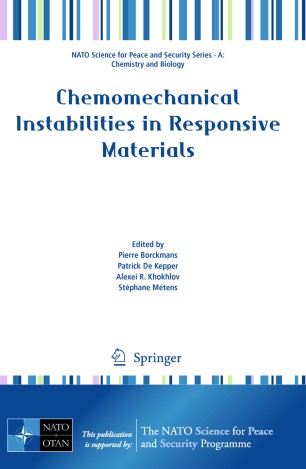 The present volume includes most of the material of the invited lectures delivered at the NATO Advanced Study Institute “Morphogenesis through the interplay of nonlinear chemical instabilities and elastic active media” held from 2th to 14th July 2007 at the Institut d’Etudes Scientifiques de Cargèse (http://www.iesc.univ-corse.fr/), in Corsica (France). This traditional place to organize Summer Schools and Workshops in a well equipped secluded location at the border of the Mediterranean sea has, over many years now, earned an increasing deserved reputation. Non-linear dynamics of non equilibrium systems has worked its way into a great number of fields and plays a key role in the understanding of se- organization and emergence phenomena in domains as diverse as chemical reactors, laser physics, fluid dynamics, electronic devices and biological morphogenesis. In the latter case, the viscoelastic properties of tissues are also known to play a key role. The control and formulation of soft responsive or “smart” materials has been a fast growing field of material science, specially in the area of po- mer networks, due to their growing applications in bio-science, chemical sensors, intelligent microfluidic devices, … . Nature is an important p- vider of active materials whether at the level of tissues or at that of s- cellular structures. As a consequence, the fundamental understanding of the physical mechanisms at play in responsive materials also shines light in the understanding of biological artefacts.