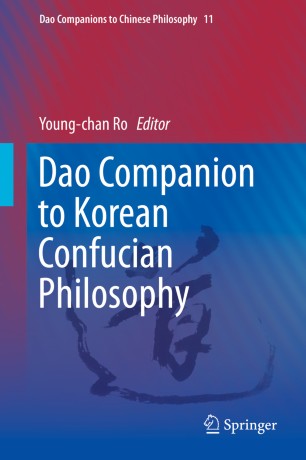 This volume is the first comprehensive and in-depth discussion written in English of the Confucian tradition in the context of the intellectual history of Korea. It deals with the historical, social, political, philosophical and spiritual dimensions of Korean Confucianism, arguably the most influential intellectual tradition, ethical and religious practice, and political-ideological system in Korea. This volume analyzes the unique aspects of the Korean development of the Confucian tradition by examining the role of Confucianism as the ruling ideology of the Choson Dynasty (1302-1910). It investigates Confucianism’s social and cultural construction, and intellectual foundation in highlighting the Korean achievement of the Neo-Confucian discussion on "human nature and its principle" in light of the Chinese Neo-Confucian development. The volume also surveys the most influential Korean Confucian scholars discussing their philosophical significance in relation to one of the most fundamental Neo-Confucian discourses, namely the li (principle) and qi (material force) debates, to elucidate how metaphysical theories shaped the socio-political factions of the Choson Dynasty. Furthermore, issues concerning the relationship between Confucianism and Buddhism and other native traditional belief systems are also included in this volume. The volume explores the Confucian confrontation with modernity, encounter with the "Western Learning" including Western science and Catholicism, and the Confucian struggle with modernity in dealing with issues such as democracy, human rights, and gender in modern Korea. Individual contributors of this volume are either well established senior scholars or promising young scholars in the field.

Professor Ro received his BA from Yonsei University (Korea), an MTh from Union Theological Seminary, Richmond, VA, and his PhD from the University of California, Santa Barbara. Dr. Ro has written The Korean Neo-Confucianism of Yi Yulgok, and co-authored The Four-Seven Debate: An Annotated Translation of the Most Famous Controversy in Korean Neo-Confucian Thought. He is working on a new translation of Dao De Jing.