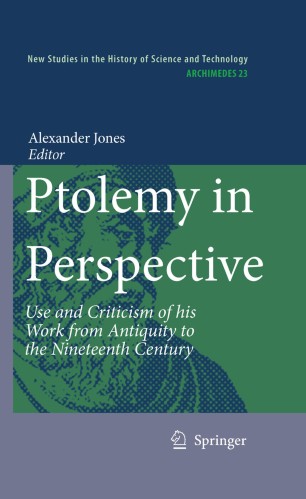 Ptolemy was the most important physical scientist of the Roman Empire, and for a millennium and a half his writings on astronomy, astrology, and geography were models for imitation, resources for new work, and targets of criticism. Ptolemy in Perspective traces reactions to Ptolemy from his own times to ours. The nine studies show the complex processes by which an ancient scientist and his work gained and subsequently lost an overreaching reputation and authority.