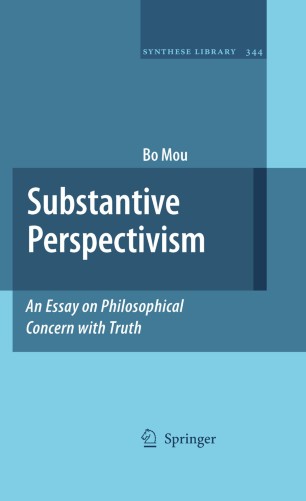 An Essay on Philosophical Concern with Truth

This book is an inquiry into the philosophical concern with truth as one joint subject in philosophy of language and metaphysics and presents a theory of truth, substantive perspectivism (SP). Emphasizing our basic pre-theoretic understanding of truth (i.e., what is captured by the axiomatic thesis of truth that the nature of truth consists in capturing the way things are), and in the deflationism vs. substantivism debate background, SP argues for the substantive nature of non-linguistic truth and its notion’s indispensable substantive explanatory role, both of which are not only intrinsically beyond what the linguistic function of the truth predicate can tell but are fundamentally related to the raison d’être of the truth predicate. Taking a holistic approach, SP endeavors to do justice to various reasonable perspectives, which are somehow contained in many competing accounts of truth, through a coordinate system: SP interprets such perspectives as distinct but related perspective-elaboration principles that distinctively (regarding distinct dimensions of the truth concern and/or for the sake of distinct purposes) elaborate, but are also unified by, the truth axiom thesis. To look at the issue from a broader vision, the book also takes a cross-tradition approach exploring the relationship between Daoist thinking of truth and thinking about truth in analytic philosophy.

This book will enhance our systematic understanding of the issue through its holistic approach, broaden our vision on the issue via its cross-tradition approach, and enrich the conceptual and explanatory resources in treating the issue. The intended readership consists of researchers and graduate students.

" "Truth" is applied in so many ways, and in the light of so many philosophies, that one might suspect that no consensus is possible. Mou convinces me that this is false. His discussion brings together accounts of truth from widely divergent sources, and shows how to get them to talk to each other."