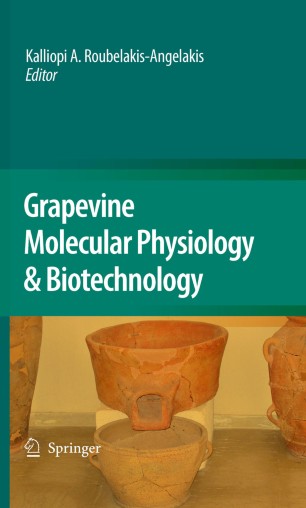 Grapevine is one of the most widely cultivated plant species worldwide. With the publication of the grapevine genome sequence in 2007, a new horizon in grapevine research has unfolded. Thus, we felt that a new edition of ‘Molecular Biology & Biotechnology of the Grapevine’ could expand on all the latest scientific developments. In this edition and with the aid of 73 scientists from 15 countries, ten chapters describe new aspects of Grapevine Molecular Physiology and Biotechnology and eleven chapters have been revised and updated.

This book is intended to be a reference book for researchers, scientists and biotechnological companies, who want to be updated in viticultural research, but also it can be used as a textbook for graduate and undergraduate students, who are interested in the Molecular Biology and Biotechnology of Plants with an emphasis on the Grapevine.