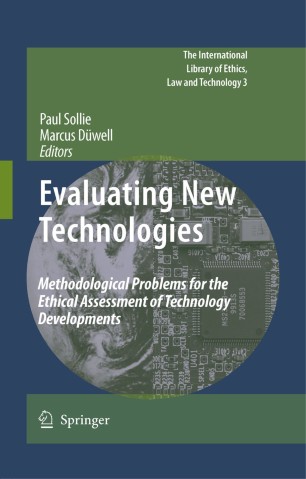 Methodological Problems for the Ethical Assessment of Technology Developments.

Part of the The International Library of Ethics, Law and Technology book series (ELTE, volume 3)

In this forward-looking volume the invited authors argue that the world must critically assess the potential pitfalls of new technologies in advance.

Many of the developments in modern technology are complex, risky, and, to begin with, cloaked in uncertainty. How should we deal with such developments – that may not only have positive effects (such as an increase of our well-being or an improved ability to control and cure diseases) but also negative effects for human beings and the environment (such as global warming or the medicalisation of human beings)?

The fact that technological ‘progress’ often occurs under conditions of uncertainty makes the issue even more pressing. Frequently, we are completely devoid of information concerning the applications of new technologies and what their impact will be on human beings and the environment. History has shown that taking a retrospective perspective by passively awaiting the practical consequences of new technologies is both dangerous and inappropriate, as often damage will already have occurred. The genie is well and truly out of the bottle and those who once had control over the new processes no longer have that power, as the science will have a momentum of its own, unheeding of belated attempts to stop it or slow it down. What is more, technology is often ‘logically malleable’, with far wider applications than even we can anticipate.

Thus, say editors Sollie and Düwell, an anticipatory attitude is required towards dealing with new technology. This book addresses methodological issues with regard to the ethical evaluation of new and emerging technology. It focuses specifically on the concept of uncertainty that, unlike the notion of risk, is greatly undervalued in the field of ethics. It is a must-read for anyone involved in (ethical) technology assessment: philosophers, those involved in science and technology studies, and policy-makers alike.