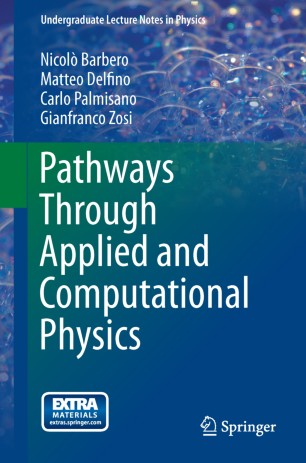 Pathways Through Applied and Computational Physics

This book is intended for undergraduates and young researchers who wish to understand the role that different branches of physics and mathematics play in the execution of actual experiments. The unique feature of the book is that all the subjects addressed are strictly interconnected within the context of the execution of a single experiment with very high accuracy, namely the redetermination of the Avogadro constant NA, one of the fundamental physical constants. The authors illustrate how the basic laws of physics are applied to describe the behavior of the quantities involved in the measurement of NA and explain the mathematical reasoning and computational tools that have been exploited. It is emphasized that all these quantities, although pertaining to a specific experiment, are of wide and general interest. The book is organized into chapters covering the interaction of electromagnetic radiation with single crystals, linear elasticity and anisotropy, propagation of thermal energy, anti-vibration mounting systems, and data analysis and B-spline interpolation. An essential feature is the focus on the role of Mathematica, an invaluable, fully integrated software environment for handling diverse scientific and technical computations.

Nicolò Barbero is a M.Sc student of the Physics Department at the University of Turin. His studies are focused on Condensed Matter Physics, Ion Beam Techniques, Nanotechnologies and Material Science applied to Electronics, topics from which he is beginning his research activity.

Matteo Delfino earned a degree in Theoretical Physics in 2011 at the University of Turin. He is a proficient Mathematica user. He is currently researching on Machine Learning at CSI Piemonte (Turin) under a scholarship issued by the ISI Foundation (Turin).

Carlo Palmisano took his master degree in Physics at Pisa University and a Ph.D. in Theoretical Physics at University of Turin. He is a specialist of Takagi-Taupin equations and extensively worked on various aspects of Avogadro Constant measurements. At present he has a REG (Research Excellent Grant) at Physics Department of Turin University and is involved in metrological research.

Gianfranco Zosi started his activity on the re-determination of the Avogadro constant at Istituto Nazionale di Ricerca Metrologica (INRIM) in 1970 and continued the same line of research at  Physics Department of Turin University until his retirement on 2010. He was member of the ad hoc Working Group on Avogadro constant, established at the Bureau International des Poids et Mesures (Sèvres).