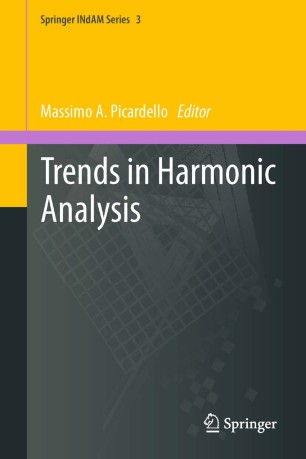 This book illustrates the wide range of research subjects developed by the Italian research group in harmonic analysis, originally started by Alessandro Figà-Talamanca, to whom it is dedicated in the occasion of his retirement. In particular, it outlines some of the impressive ramifications of the mathematical developments that began when Figà-Talamanca brought the study of harmonic analysis to Italy; the research group that he nurtured has now expanded to cover many areas. Therefore the book is addressed not only to experts in harmonic analysis, summability of Fourier series and singular integrals, but also in potential theory, symmetric spaces, analysis and partial differential equations on Riemannian manifolds, analysis on graphs, trees, buildings and discrete groups, Lie groups and Lie algebras, and even in far-reaching applications as for instance cellular automata and signal processing (low-discrepancy sampling, Gaussian noise).