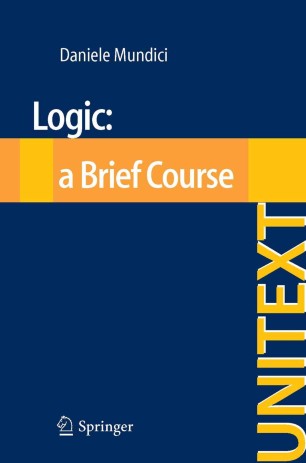 This short book, geared towards undergraduate students of computer science and mathematics, is specifically designed for a first course in mathematical logic. A proof of Gödel's completeness theorem and its main consequences is given using Robinson's completeness theorem and Gödel's compactness theorem for propositional logic. The reader will familiarize himself with many basic ideas and artifacts of mathematical logic: a non-ambiguous syntax, logical equivalence and consequence relation, the Davis-Putnam procedure, Tarski semantics, Herbrand models, the axioms of identity, Skolem normal forms, nonstandard models and, interestingly enough, proofs and refutations viewed as graphic objects. The mathematical prerequisites are minimal: the book is accessible to anybody having some familiarity with proofs by induction. Many exercises on the relationship between natural language and formal proofs make the book also interesting to a wide range of students of philosophy and linguistics.