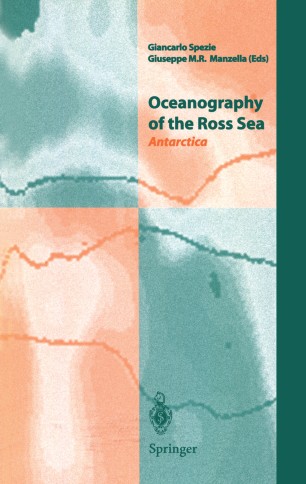 Oceanography of the Ross Sea Antarctica

The era of the exploration of the World Ocean is not yet over: some areas still lack an adequate number of observations. The relationships between the physical, chemical and biological processes, which sustain the life on this planet, are not yet fully understood. In short, knowledge of the oceans is still far from satisfactory. This book covers an important period in the study of one of the last investigated areas of the World Ocean: the Ross Sea, Antarctica. During the 1990s, long-term experiments were conducted in this area as part of the Climatic Long-term Interaction for the Mass balance in Antarctica (CLIMA) project of the Italian National Programme for Antarctic Research (PNRA), providing a wealth of oceanographic information. This book is an outcome of the CLIMA field obser­ vations and international collaborations with the most important programmes in the Ross Sea-Southern Ocean area. It contributes to the st!ldies of the spatial and temporal variability of Ross Sea water masses and circulation and their relation­ ship with the Southern Ocean circulation. A comprehensive review of historical data is offered, and new data sets are analysed. The studies presented in this book show that much progress has been achieved during the last decade, but large gaps in our understanding of the physical processes in the Ross Sea are still to be filled. However, these studies contribute significantly to the investigation of some specific aspects regarding the circula­ tion of the main water masses.