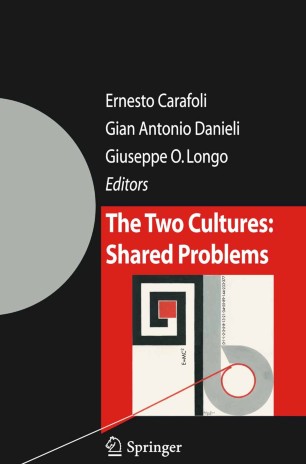 The aim of this book is to offer a profound and unitary discussion of problems of fundamental problems that, although common to the two cultures, have traditionally been considered from different perspectives.

Scientists, philosophers, humanists, musicians and artists have gathered with the purpose of cooperating to establish more fertile grounds for the communication between the two cultures.

The themes dealt with in the book have troubled mankind for centuries, and innumerable efforts have been devoted to their solution. The topics include the concept of time, the meaning of nothingness, infinity, numbers, intelligence and the human mind, the basic mechanisms in the production of thought, the relationship between artistic and scientific creativity, and beauty as a bridge between the two cultures.