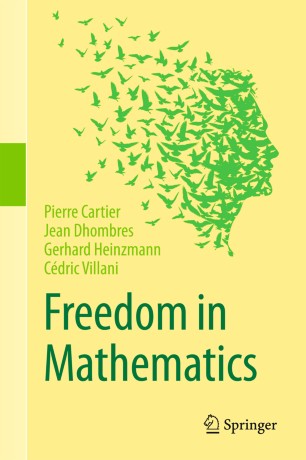 This book challenges the views put forward by Pierre Cartier, one of the anchors of the famous Bourbaki group, and Cédric Villani, one of the most brilliant mathematicians of his generation, who received the Fields Medal in 2010. Jean Dhombres, mathematician and science historian, and Gerhard Heinzmann, philosopher of science and also a specialist in mathematics engage in a fruitful dialogue with the two mathematicians, prompting readers to reflect on mathematical activity and its social consequences in history as well as in the modern world. Cédric Villani’s popular success proves once again that a common awareness has developed, albeit in a very confused way, of the major role of mathematics in the construction and efficiency of natural sciences, which are at the origin of our technologies. Despite this, the idea that mathematics cannot be shared remains firmly entrenched, a perceived failing that has even been branded a lack of culture by vocal forces in the media as well as cultural and political establishment.

The authors explore three major directions in their dialogue: the highly complex relationship between mathematics and reality, the subject of many debates and opposing viewpoints; the freedom that the construction of mathematics has given humankind by enabling them to develop the natural sciences as well as mathematical research; and the responsibility with which the scientific community and governments should address the role of mathematics in research and education policies.