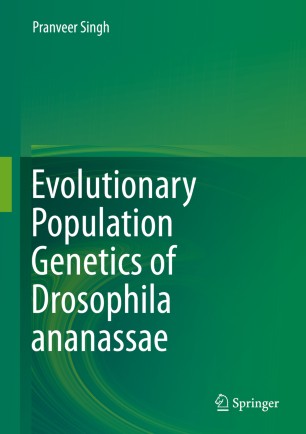 This book introduces readers to classical population genetics and the ways in which it can be applied to practical problems, including testing for natural selection, genetic drift, genetic differentiation, population structuring, gene flow and linkage disequilibrium. It provides a comprehensive monograph on the topic, addressing the theory, applications and evolutionary deductions, which are clearly explained using experimental results. It also offers separate chapters on origin, establishment and spread of chromosomal aberrations in populations along with details of culturing, maintaining and using Drosophila ananassae (genetically unique and the most commonly used species along with D. melanogaster) for genetic research.  Encompassing topics like genetics, evolution, Drosophila genetics, population genetics, population structuring, natural selection and genetic drift in considerable detail, it provides a valuable resource to undergraduate and postgraduate students, as well as researchers at all level.

This book explores some fundamental questions concerning the role of natural selection and genetic drift on the degree of inversion polymorphism. India, with its wide diversity in geo-climatic conditions, provides an excellent platform to conduct such studies. The book showcases sampling records of inversion frequencies in natural Indian populations of D. ananassae that cover more than two decades. It highlights case studies in which sampling data on inversion frequencies was combined with that from earlier surveys, generating a time series that allows the evolutionary dynamics of inversion polymorphism to be explored. Such long time series are rare but nonetheless crucial for studying the evolutionary dynamics of inversion polymorphism. The population-genetic analysis discussed is unprecedented in terms of its temporal (two decades) and spatial (most regions of India covered) scale and investigates the patterns of polymorphic system in D. ananassae to see if there is any temporal divergence. It endeavors to present a holistic picture of inversion polymorphism across the country (India).

Chromosomal aberrations, particularly paracentric inversions, are used as a tool for discussing population genetic studies, helping human geneticists, gynecologists and other medical professionals understand why some aberrations are fatal in humans, with affected embryos often not surviving the first trimester of pregnancy, while similar aberrations in Drosophila flies aid in their adaptation to the environmental heterogeneity across the globe.