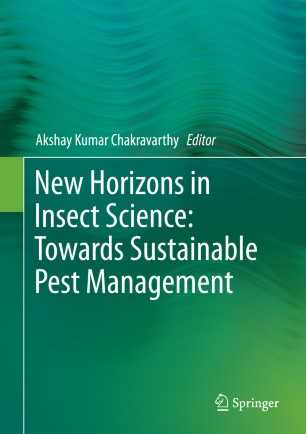 Insect science is fast changing as insects are evolving to a plethora of newer chemical molecules, climate change, management tactics and transformation of the landscapes. Through the International Conference, the editors have attempted to gather together newer aspects of Insect Sciences like Insect Taxonomy, DNA Barcoding, Physiology, Toxicology, Vectors and their Management, Molecular Biology, RNA interference in Pest Management, Semiochemicals and Pest Management using Host Plant Resistance and Biological Control appropriated especially for the developing world. Both basic and applied aspects of insect science have been included to stimulate comprehensive studies on insect science. The book not only deals with insect science but also environmental and ecological aspects in the hope that the book will be of immense use to students, researchers, extension workers, planners, administrators, farmers and other end users. The Chapters on diversified aspects of Insect Science are contributed by leading scientists for the coming 21st century in which entomology is witnessing a dramatic advancement in management of pests through in-depth investigations. The dimensions of Insect Science covered in the book are pest management approaches that can be adopted worldwide with ascent on sustainability.

Dr. A. K. Chakravarthy is the Professor, University of Agricultural Sciences, GKVK, Bangalore. With over three decades of experience of teaching, research and extension, Dr. Chakravarthy has been the investigator for over 30 research projects and has guided more than 20 students for post graduation. A Ph.D. from Punjab Agricultural University and Fellow from IARI, New Delhi. He is a member of several National and International scientific academia, an advisor, a panelist, a referee, reviewer, editor and is associated with publication of thirty national and international journals worldwide. A field oriented, widely travelled biologist, he is actively working on novel approaches in Integrated Pest Management, Host Plant Interaction, Vertebrate Pest Management, Biodiversity and environmental conservation issues.