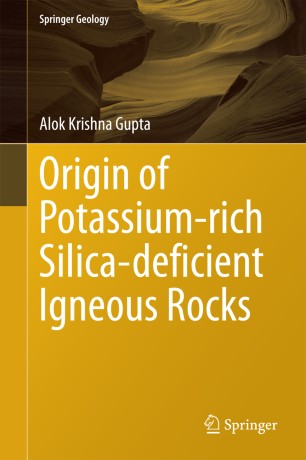 The book summarizes the occurrence, geochemistry, mineralogy, petrology and phase-equilibria studies in air and under high pressures related to the most intriguing group of potassium-rich mafic and ultramafic rocks, often including host of exotic mineral assemblages including feldspathoids. Mantle-derived K-rich melts had intrigued most of the founders of Geology and many of the later experts in the field of Igneous Petrology, because they are sometimes associated with carbonatites and even diamond. They tend to contain anomalous concentration of many such elements as K, Rb, Sr, U, F, P, etc., along with Ni, Co and Cr indicating a mixture of crust and mantle materials. Although these rocks occur rarely in ancient geologic time, they have been erupting mostly in modern geological history (less than last 120 Ma or so). Are the old age data real or the result of a sampling problem? Modern observations leave no doubt that sediments must be subducted on a large scale. There is now evidence that the upper mantle (and perhaps even the lower mantle) is not homogeneous but rather like a fruit cake, and that there are thermal anomalies in the mantle resulting from deep mantle plumes or subduction. Is this related to release of these unusual rocks clearing the mantle of left over subduction materials? This volume, written for those interested in the geochemistry of K-rich melts from the deep Earth, reviews the present state of knowledge of these unique igneous rocks. The author is an expert in the field of Igneous Petrology and the book will serve as a valuable reference book for researchers and academicians in the discipline.