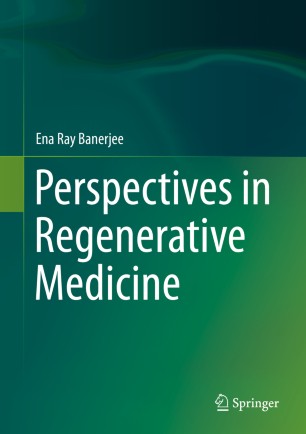 The information given in this book tries to capture the essence of the sheer dynamicity of the cell along with useful tips on how to address critical rate limiting steps in the process of exploration and investigation of its capacity to regenerate, rebuild and replenish from within. The definitions of stem cells, stemness, and the niche concept continue to undergo revisions. In adult vertebrates, hematopoietic and some non-hematopoietic progenitors are synthesized within specialized niches of bone marrow. They migrate to designated tissues, and are either trans-differentiated or become quiescent and settle down. These form the stem cell niche reservoir in all tissues. Not only the primary hematopoietic tissue but all organs and tissues are also capable of generating progenitors which are either synthesized from these migrants or are direct recruits from other tissues. In the niches, the cells settle down and await their turn to either make more clones like themselves or differentiate and mobilize in an exigency. Thus progenitors are important reserves, to be multiplied and deployed or travel as important message bearing molecules via blood as circulating progenitors which can home to their allocated destinations. Upon reaching, specific integrins and selectins help them “dock” and “port” and they may be reprogrammed to induce further differentiation and help repopulate the denuded tissue. In pulmonary fibrosis and asthma, progenitors from both systemic circulation and local stem cell niches have been found to participate in the myriad ramifications of repair, replacement and regeneration of lost or diseased tissue. Whether they are lung specific or global in origin and role remain to be explored. Research tools, fundamental concepts, techniques, methodologies and standard operating protocols and animal models and human extrapolations, have been discussed in a concise way along with detailed description and discussion on the appropriate rationale to introduce the subject to the casual reader and provide valuable tactical information to the specialist in Regenerative Medicine. I sincerely hope you enjoy the work and appreciate the hard work that has gone into designing and executing elegant experiments by many researchers in the field. The branch is multi-disciplinary and I hope that the readers will not be limited to biologists alone.

Dr. Ena Ray Banerjee is Associate Professor of Zoology in University of Calcutta, India and an alumnus of the premiere educational institutions Lady Brabourne College and Gokhale Memorial Girls’ school. She was trained in Immunobiology during her PhD and worked extensively in immune modulation in inflammation in general and cytokine mediated inflammation in particular. Having taught both under- and post-graduate Zoology as lecturer under University of Calcutta, India, for several years, she pursued her post-doctoral studies as visiting scientist and subsequently faculty of University of Washington, School of Medicine, Seattle, USA. There she began with immunological studies defining key molecules in inflammation and eventually super-specialized into lung inflammation particularly allergy and made a natural transition onto regenerative medicine of the lung, having worked with one of the foremost scientists in stem cell biology, Professor Thalia Papayannopoulou and a renowned allergist Dr. William R. Henderson, Jr. Her work pioneered tissue engineering of lung lineage specific cells of the non-ciliated variety from human embryonic stem cells and identified stem cell niches in mouse lung. She returned to India and worked for a while in a drug discovery company Advinus Therapeutics, a TATA enterprise, where she led in vitro and in vivo efforts in pharmacological molecules, drug discovery in asthma and related respiratory illness, and then returned to academics as Reader in her alma mater, the renowned University of Calcutta. Her group works on drug discovery efforts using novel drugs (small molecules), herbal extracts (functional food), probiotics (nutraceuticals), novel antibody-mediated (camelid antibody) and cells (tissue engineering of stem cells of embryonic origin, adult tissue origin and umbilical cord-derived) in inflammatory disease models (tissue specific inflammation in the lung and systemic inflammation) and degenerative disease models. She has published widely in premiere scientific journals and her publications are widely cited in “methods” volumes as well as “drug discovery” websites and portals.