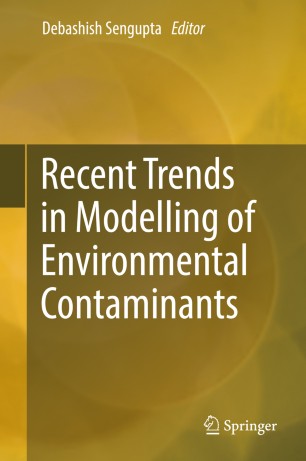 The book deals primarily with the aspects like energy resources and its proper utilization, disposal of various forms of wastes and its effects, and effects of major catastrophic events like nuclear disasters, global warming, etc. It also deals with the choice of suitable disposal sites for solid and hazardous waste, which is growing at an extremely rapid pace due to rapid industrialization, population growth (primarily in countries like India and China) and urbanization. In addition groundwater contamination due to various causes and its effect on the food chain is also amply discussed. The book is specifically aimed with the state-of-art information regarding research and development in these areas of study, coupled to extensive modelling and case based results obtained, both from India as well as other countries. The book is extremely instructive for the students, research workers, scientists, faculty members in Applied Physics, Solid Earth Geophysics, Radiometric Methods and Exploration, Ground Water Geochemistry, Mathematical Modeling Techniques in Earth Sciences, Near Surface Geophysics and Earth and Environmental Sciences.

Dr. Debashish Sengupta is a Professor, Higher Administrative Grade and Head of the Department of Geology and Geophysics in Indian Institute of Technology Kharagpur, West Bengal, India. Dr. Sengupta has more than 25 years of teaching and research experience. He has completed his PhD in 1987 in Applied Geophysics. His areas of interests are nuclear geophysics including petroleum logging using subsurface nuclear data, radioactive methods and geochronology, radon emanometry and its applications, applications of isotopes and radionuclides in earth and environmental geosciences, heat flow and geothermics. Dr. Sengupta has 73 research publications in international journals and more than 50 papers in Conference Proceedings apart from a large number of Invited Talks delivered both in India and abroad. The research work has been seminal and resulted in the formulation of Environmental Regulation policies in various countries both in India and countries like USA, South America and the European Union. Dr. Sengupta had also been a Visiting Professor at the University of Sao Paulo, Brazil and as Senior Visiting Professor at the University of Salamanca, Spain, earlier, while on a sabbatical leave from the institute. He has received Society of Geoscientists and Allied Technologists (SGAT’s) Award of Excellence in Earth Sciences for the year 2003. Till date, 9 students have been awarded PhD degrees under his supervision.