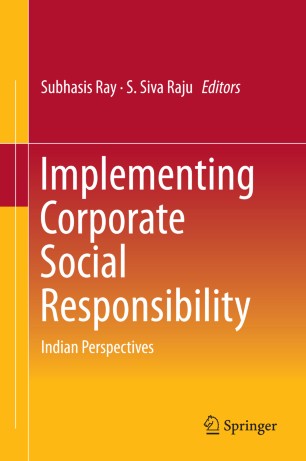 This book is a compilation of Corporate Social Responsibility (CSR) theory and practices, with special reference to the Indian context. Over the last few decades, which have seen the onset of globalization, emergence of the industrial sector and an increased focus on community development, much attention has been focused on the role of corporations towards developing those societies where their operations are based. The introduction and evolution of CSR theories and practice in the developed countries has given CSR theorists and practitioners the guidance to appropriately place and implement CSR initiatives to help develop their role in the developed societies. However, while ample literature exists on such CSR practices, little has been done to aid the development of CSR in developing countries. Characterized by peculiar economic, political and social settings, the developing world needed its own blueprint for how CSR works and how it could best succeed. The need for doing is especially pertinent to a country like India, which is presently at a very crucial threshold, economically, politically and socially. Given the need to contextualize CSR theory and practice to the developing context, several CSR theories and practices have been explored in this book, which will provide readers with a thorough understanding of CSR and its successful implementation.