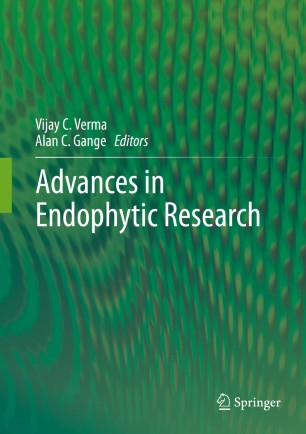 In recent years there has been significant attention paid on the endophytic research by various groups working within this domain. Mutualistic endophytic microbes with an emphasis on the relatively understudied fungal endophytes are the focus of this special book. Plants are associated with micro-organisms: endophytic bacteria and fungi, which live inter- and intra-cellularly without inducing pathogenic symptoms, but have active biochemical and genetic interactions with their host. Endophytes play vital roles as plant growth promoters, biocontrol agents, biosurfactant producers, enzymes and secondary metabolite producers, as well as providing a new hidden repertoire of bioactive natural products with uses in pharmaceutical, agrochemical and other biotechnological applications. The increasing interest in endophytic research generates significant progress in our understanding of the host-endophyte relationship at molecular and genetic level. The bio-prospection of microbial endophytes has led to exciting possibilities for their biotechnological application as biocontrol agent, bioactive metabolites, and other useful traits. Apart from these virtues, the microbial endophytes may be adapted to the complex metabolism of many desired molecules that can be of significant industrial applications. These microbes can be a useful alternative for sustainable solutions for ecological control of pests and diseases, and can reduce the burden of excess of chemical fertilizers for this purpose. This book is an attempt to review the recent development in the understanding of microbial endophytes and their potential biotechnological applications. This is a collection of literature authored by noted researchers having signatory status in endophytic research and summarizes the development achieved so far, and future prospects for further research in this fascinating area of research.

Dr. Vijay Verma joined Department of Botany, Banaras Hindu University, India for his PhD, which he obtained in 2009. During his PhD, Dr. Verma explored the endophytic microbes associated with neem plant and their ecological roles for getting inexplicable host-endophyte interactions. He has also investigated the potential of endophytes in production of host-specific compounds and reported for the first time ever that Azadirachtin and Piperine are the two most important molecules that can be exclusively sourced from their respective host and can also be produced by fungal endophytes of the same host plants. He visited Technical University of Dortmund as DAAD fellow, and recently has been recognized as Fast Track Young Scientist by Department of Science and Technology, India. He has published more than 25 publications in the journals of international repute and edited one book.

Prof. Alan Gange obtained his PhD from University of London, UK in 1985. In 1992, he joined the Royal Holloway University of London as lecturer and became professor of microbial ecology in 2007 and currently serving as Head of the Department, School of Biological Sciences, Royal Holloway University of London. He has over 30 years of research and teaching experience. He has published more than 100 peer reviewed papers in highly reputed international journals including ‘Science’. His research interest is to study the multitrophic interactions which affect the diversity and structure of plant communities. He is specifically interested in how non-pathogenic fungi in plants affect the insects.