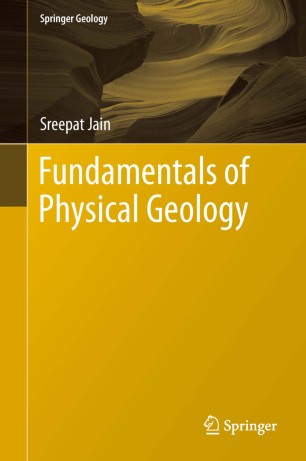 Physical Geology is a vast subject and it is not possible to cover all aspects in one book. This book does not invent the wheel but merely put together sets of updated but concise material on Physical Geology with lots of illustrations. All illustrations are created by hand and give a real classroom feel to the book. Students or readers can easily reproduce them by hand. This is a book, where a diagram says it all. The book is divided into four parts. The first part “The Solar System and Cosmic Bodies” deals with elements of our Solar System and the cosmic bodies around it (like meteorites, asteroids, etc.). The second part “The Earth Materials” deals with Earth and its internal structure. The third part “The Hydrologic System” is more exhaustive and deals with the hydrological system of the Earth including Weathering and Mass Wasting, Streams, Groundwater, Karst, Glaciers, Oceans and Aeolian Processes and Landforms. The fourth and the final part “The Tectonic System” deals with different aspects of Plate Tectonics, Earthquakes and Volcanoes.