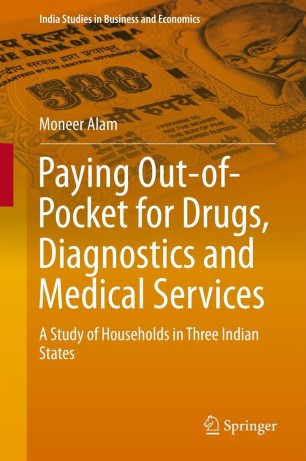 A Study of Households in Three Indian States

In India there is a high incidence of morbidity and malnutrition coupled with low standards of public health and expensive medical care. Despite several policy initiatives and many attempts to promote a healthy society, health remains an issue of concern. Policy-makers recognise that the country suffers unacceptably high levels of disease and premature death. A 2005 report from the National Commission on Macroeconomics and Health (NCMH) claims that private out-of-pocket (OOP) health expenditure often has a catastrophic effect on the consumption of basic goods and services for low-income households, forcing many below the poverty line and often blocking private intergenerational flows, severely affecting family members including the co-residing elderly, especially women. As poverty, malnutrition and enormous disparities are widespread, particularly in rural areas and urban slums, reliance on private health providers is fraught with serious economic consequences. Disease prevalence among these groups is particularly high. The market plays an increasingly important role in delivering health and diagnostic services. Infrastructural bottlenecks faced by central, state and local government health services force public health service users to access private medical care and incur very high out-of-pocket (OOP) expenses. All these issues are in direct contradiction to India’s National Population Policy (2000) and National Health Policy (2002).

This book highlights some of these neglected issues, and focuses largely on private expenditure on drugs and medicines for the treatment of ailments both with and without hospitalisation. It examines private OOP health expenditures in rural and urban households after breaking them down into the various healthcare service components including drugs and medicines (which constitute about 75 to 80 percent of OOP health expenditure), and assesses the extent of capital sample households borrow to finance medical expenditure and the effect on their basic food and non-food consumption requirements.

Moneer Alam, has a PhD in manpower planning and forecasting, is a professor of economics and the head of the Population Research Centre at the Institute of Economic Growth, Delhi. Professor Alam’s research interests are the linkages between occupation and education, labour market issues, health financing, and the economic and health issues of ageing in India and South Asia. He has published many books and a number of articles in peer-reviewed national and international journals. He consults with multilateral organisations (WHO, ILO, UNFPA) and serves on committees, boards and working groups (the Senior Citizens’ Council, the Government of Delhi; the Committee on Social Security, the Committee on Health Care Financing including Health Insurance, the Planning Commission, the Eleventh Five-Year Plan; and the Scientific Committee on Ageing in Developing Countries, IUSSP). He is a founder-member of the Asian Population Association and a life member of the Indian Econometric Society, the Indian Labour Economics Society and the Indian Association for the Study of Population.

“In this monograph, Moneer Alam summarizes results of an interesting survey on the distribution of out-of-pocket costs for medical care in India. The survey covered 2,100 households in a pair of ‘typical’ districts in two rural states and in several neighborhoods in Delhi.” (David I. Levine, Journal of Economic Literature, June, 2015)

“The book is organized into eight chapters with an excellent overview on the scope of the study and its important findings. … This book is a timely and valuable addition to the relatively less explored issues concerning paying out-of-pocket for health care in Indian context. Author needs to be complimented for providing a comprehensive analysis on this complex theme and for highlighting critical policy issues and broad policy directions.” (Dr. T. V. Sekher, Demography India, Vol. 42 (1-2), 2013)