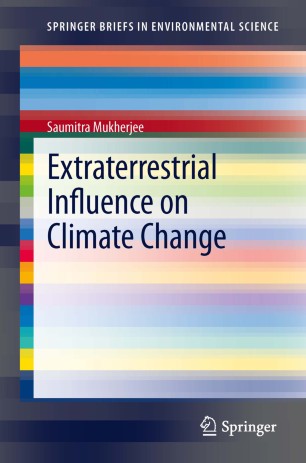 Climate change has been addressed since last decade based on the influence of human activities like production of industrial effluents, land use changes and other activities due to development of the society. These are very important issues no doubt but the activities due to the influence of extraterrestrial phenomena have not been given its due importance. An attempt is being made here to understand the influence of extraterrestrial activities as one of the important factors of climate change has been attempted here. The influence of Sun and distant stars on the environment of the earth has been studied during the cyclic changes in the Sun as well as episodic changes in the environment due to the effect of other celestial objects in between Sun-Earth environment.
The study has been carried out based on the changes within the Sun as well as changes during the solar eclipse. During these extraterrestrial changes it has been observed that the earth changes in its atmosphere as well as geosphere, which may have local effect but the increase of these local effect in large scale may contribute to the climate change. Solar radiation drives atmospheric circulation. Since solar radiation represents almost all the energy available to the Earth, accounting for solar radiation and how it interacts with the atmosphere and the Earth's surface is fundamental to understanding the Earth's energy budget.