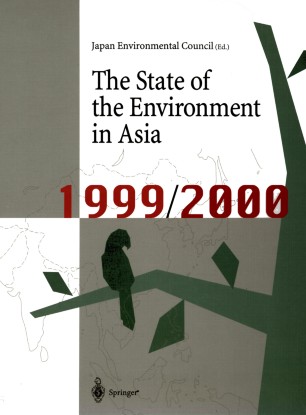 The State of the Environment in Asia

Why Asia? Significance and Purpose of The State of the Environment in Asia 1. Asia and the Future of the Global 2. From Swift Progress to Big Problems Environment Because in recent years Asia has been called the center of world economic growth, until now global attention fo­ Western social scientists used to regard Asia as a "stag­ cused on the region has regarded it solely as one of swift nant society," and, except for Japan, people have thought of progress. postwar Asia as a region that is typical of the continuing But while this East Asia-centered rapid economic "vicious circle of poverty." I growth gave Asia its momentum, industrialization and ur­ But in contrast to other developing regions, since the banization were causing environmental and urban problems latter half of the 1960s or 1970s South Korea, Taiwan, Hong throughout the region, as well as destroying rural communi­ Kong, and Singapore were the first to follow in Japan's foot­ ties and those countries' historical and cultural traditions.