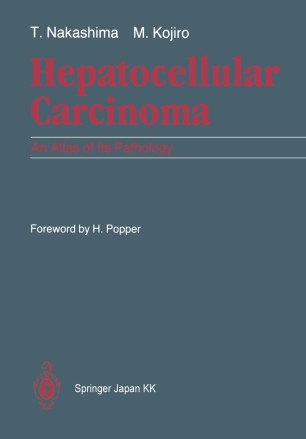 An Atlas of Its Pathology

Hepatocellular carcinoma is one of the most common fatal malignan­ cies of mankind. Up to a few decades ago it was looked upon as a cancer which aroused mainly academic concern but relatively little clinical interest, because its therapy and prognosis had a most un­ favorable outlook. Indeed, it was mostly recognized only at autopsy. Recently this pessimism has radically changed and is disappearing to a rapidly accelerating degree. Many of the scientific contributions at this change in outlook are the result of research in the Far East, first, Japan and then gradually extending to its neighbors. The introduction of experimental hepatocarcinogens by Yoshida more than 50 years ago may have been one of the first important steps. Hepatocellular car­ cinoma shows a characteristic geographical distribution. With the highest incidence in China, Taiwan, Southeast Asia and sub-Saharan Africa, followed by southern and eastern Europe, while generally the incidence is rather low in western and northern Europe and North and South America.