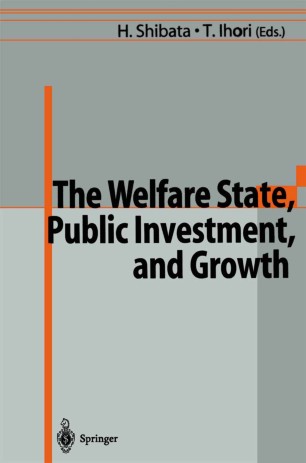 This book presents fifteen papers selected from the papers read at the 53rd Congress of the International Institute of Public Finance held at Kyoto, Japan, in August 1997. Although organized under the general title of Public Finance and Public Investment, the Congress covered a wide range of topics in Public Finance. One of the highlights of the Congress was a historic and brilliant debate between two of the greatest living authorities in the area of public finance, Professors James M. Buchanan and Richard A. Musgrave, on the nature of the welfare state and its future. Part I of this book is concerned with this debate and its empirical counterpart. James M. Buchanan (Chapter 1) warns that the welfare state will be unsustainable unless it preserves generality or at least quasi generality in welfare programs. The introduction of overt discrimination in welfare programs through means testing and targeting can only diminish public support. He argues that a political version of the "tragedy of commons" will emerge if and when identifiable interest groups recognize the prospects of particularized gains as promised by discriminatory tax or transfer payments. Faced with mounting pressure from entitlement-like claims of special interest groups against public revenues on one hand and equally strong pressure against further tax burdens on the other, political leaders are attracted to solutions that single out the most vulnerable targets. Distributional disagreement among classes will then become a major source of political discourse and an impetus for class conflict.