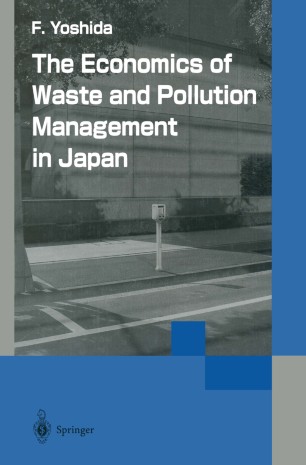 The Economics of Waste and Pollution Management in Japan

On the threshold of the twenty-first century, the ordinary Japanese citizen has become acutely aware that various environmental hazards pose a serious threat to daily life; such hazards include the problems of waste disposal, dioxin and other substances that disturb humans' endocrine balance. Who, a mere decade ago when these problems were first brought to our attention, would have anticipated that these environmental problems would so quickly become so common and so serious? At the same time, environmental problems on a global scale, such as ozone depreciation by chlorofluorocarbons (CFCs), global warming and climate change, have become topics of everyday conversation. The main objective of this book is to take in these environmental problems, focus­ ing on the two locally important and interrelated issues of waste and pollution. This will enable us to investigate the whole range of problems, from regionally based pol­ lution caused by waste disposal and dioxin to the transboundary warming brought about by CO and CFCs. We shall thus be able to analyze comprehensively the whole 2 extent of "waste and pollution" problems, ranging from those caused by real garbage and domestic waste to the many kinds of technologically generated waste that result from the production, circulation, and consumption of industrial goods and services.