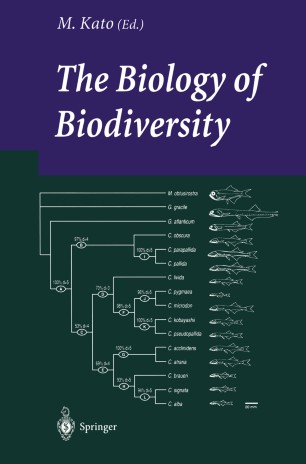 The Biology of Biodiversity

Biological diversity, or biodiversity, refers to the universal attribute of all living organisms that each individual being is unique - that is, no two organisms are identical. The biology of biodiversity must include all the aspects of evolutionary and ecological sciences analyzing the origin, changes, and maintenance of the di­ versity of living organisms. Today biodiversity, which benefits human life in vari­ ous ways, is threatened by the expansion of human activities. Biological research in biodiversity contributes not only to understanding biodiversity itself but also to its conservation and utilization. The Biology of Biodiversity was the specialty area of the 1998 International Prize for Biology. The International Prize for Biology was established in 1985 in commemoration of the sixty-year reign of the Emperor Showa and his longtime devotion to biological research. The 1998 Prize was awarded to Professor Otto Thomas Solbrig, Harvard University, one of the authors of this book. In conjunction with the awarding of the International Prize for Biology, the 14th International Symposium with the theme of The Biology of Biodiversity was held in Hayama on the 9th and 10th of December 1998, with financial support by an international symposium grant from the Ministry of Education, Science, Sports and Culture of Japan. The invited speakers were chosen so as to cover four basic aspects of biodiversity: species diversity and phylogeny, ecological biodiversity, development and evolution, and genetic diversity of living organisms including human beings.