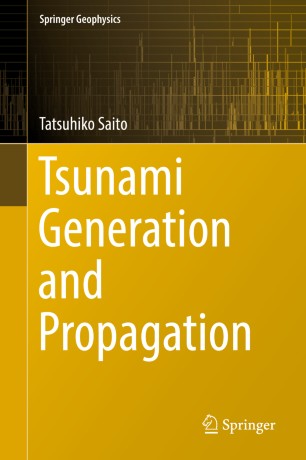 This book introduces a framework of tsunami modelling from generation to propagation, aimed at application to the new observation started in Japan after the devastating tsunami of the 2011 Tohoku-Oki earthquake. About 150 seismic and tsunami sensors were deployed in a wide region off the Pacific coast of eastern Japan in order to catch tsunami generation inside the focal area, which makes a clear departure from conventional observations that detect tsunamis far from the source region. In order to exploit the full potential of this new observation system, it is not enough to model tsunami generation simply by static sea-bottom deformation caused by an earthquake. This book explains dynamic tsunami generation and sea-bottom deformation by kinematic earthquake faulting, in which seismic and acoustic waves are also included in addition to static sea-bottom deformation. It then systematically derives basic tsunami equations from the fundamental equations of motions. The author also illustrates the details of numerical schemes and their applications to tsunami records, making sound linkages among these topics to naturally understand how a tsunami is physically or mathematically described. This book will be a comprehensive guide for graduate students and young researchers to start their research activities smoothly.

Tatsuhiko Saito received a Ph.D. at Tohoku University, Japan in 2003, where he studied scattering theories for applications to and interpretations of high-frequency seismograms. After graduation, as a postdoc researcher he continued to work on the investigation of seismic-wave propagation through heterogeneous earth at the National Institute of Advanced Industrial Science and Technology, and extended his research interests to seismic and tsunami generation using high-performance computing techniques on supercomputers at the Earthquake Research Institute, The University of Tokyo. He then moved to the National Research Institute for Earth Science and Disaster Prevention (NIED) (the present National Research Institute for Earth Science and Disaster Resilience) in 2010 and has been working there since as chief researcher. Following the 2011 Tohoku-Oki great earthquake, the NIED has started a new observational project, deploying more than 150 online seismic/tsunami sensors off the Pacific coast of eastern Japan to detect tsunami generation inside the focal area. He is currently engaged in research for the generation of earthquakes and tsunamis.