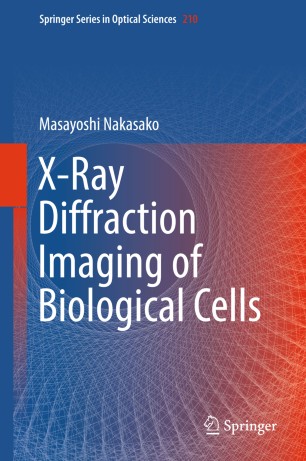 To conduct CXDI experiments in both synchrotron and XFEL facilities, the author has developed apparatuses, named KOTOBUKI-1 and TAKASAGO-6 for cryogenic diffraction experiments on frozen-hydrated non-crystalline particles at around 66 K. At the synchrotron facility, cryogenic diffraction experiments dramatically reduce radiation damage of specimen particles and allow tomography CXDI experiments. In addition, in XFEL experiments, non-crystalline particles scattered on thin support membranes and flash-cooled can be used to efficiently increase the rate of XFEL pulses. The rate, which depends on the number density of scattered particles and the size of X-ray beams, is currently 20-90%, probably the world record in XFEL-CXDI experiments. The experiment setups and results are introduced in this book. The author has also developed software suitable for efficiently processing of diffraction patterns and retrieving electron density maps of specimen particles based on the diffraction theory used in CXDI.

Masayoshi Nakasako is a professor at Keio University, whose work chiefly involves the structural analysis of soft matter. After receiving his Doctor of Science from Tohoku University in 1990, he served as a research associate at the University of Tokyo’s Faculty of Pharmaceutical Sciences, as a researcher at RIKEN, as a lecturer at the University of Tokyo’s Institute of molecular and Cellular Biosciences, and as an assistant professor at Keio University in 2002. In 2005, he was promoted to his present position. Currently, he is also a guest researcher at RIKEN’s Spring-8 Center.