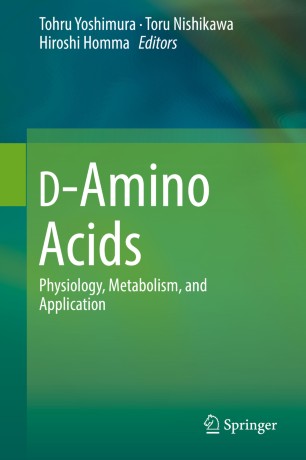 This book presents a comprehensive overview of the roles of ᴅ-amino acids and latest research findings, to reveal their fascinating aspects and to facilitate better understanding of their important roles in physiology and diseases. It also provides useful hints for the development of drugs and functional foods. ᴅ-Amino acids were once called unnatural amino acids and were considered to be insignificant for eukaryotes especially in mammals. However, different ᴅ-amino acids have been revealed to be distributed in various mammalian tissues and to bear important physiological roles. For example, ᴅ-serine is implicated in memory formation and learning, and its abnormal concentration in tissues have been reported in neurological diseases such as schizophrenia and amyotrophic lateral sclerosis. ᴅ-Aspartate is found in a variety of mammalian tissues, particularly in the central nervous system and the genitals. ᴅ-Aspartate facilitates the endocrine secretion of prolactin, inhibits the secretion of melatonin, and plays a peculiar role in the control of reproductive functions in mammals, including the stimulation of testosterone synthesis. Written by the leading scientists in the field, this book is a valuable source of information for researchers in biochemistry, physiology, and neuroscience, as well as in the pharmaceutical and food industries.