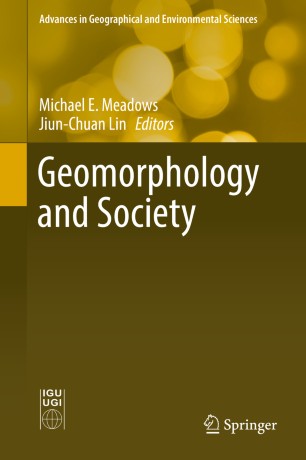 This book deals with the relationship between geomorphology and society. This topic has had rather scant treatment in the literature except to some extent under the label “applied geomorphology”. In this text the authors aim to bring together conceptual issues and case studies of how geomorphology influences society and, indeed, how society is in turn influenced by geomorphology. In an age in which the influence of human activities on global environments has become so paramount that it is increasingly common to refer to it geologically as the “anthropocene”, the book aims to reflect on the geomorphological significance of widespread and diverse forms of human impact in a range of environmental settings.